I have travelled on my own enough to know, that not every day is a party. There are some days where no matter how much you try and get out there, the meeting people part just isn’t happening and the only time you really talk to anyone is when ordering food. My entire time in Sri Lanka has been one of those days.

There just doesn’t seem to be a whole lot of other travellers about. Usually most towns have some sort of back-packer hub, a bar or café where travellers congregate and there is always somebody to talk to. Where ever that is in the places I’ve visited, I never found it.

It was low season in Unawatuna so that explains part of it, though I usually manage to find somebody to hang out with even in the low seasons.

I did meet two English guys at the bar in Unawatuna. They were nice enough, but not really my kind of people. Ex-army, now doing security on a boat somewhere, having a short break on shore. Oneo f them asked me,

“Have you had heart surgery?”

I told him yes I had when I was a kid. Then his mate said,

“How’d you know that?” To which the first one replied

“I saw the scar on her chest when I was looking at her tits hahaha sorry Love, I’m a bloke.”

HOT TIP OF THE DAY

If you see someone with a heart surgery scar, most people don’t mind you asking about it. Throwing in a ‘I noticed ’cause I was staring at your tits’ is really not so ok and makes you a bit of a fuck-wit.

The guys were headed to another bar that they had apparently been banned from for fighting. Oh dear. I don’t like pub fights at the best of times, but these guys were pushing 40 and if you haven’t learned to talk your way out of a fight or simply walk away by now, well, you are probably just a bit of a dick.

I left Unawatuna to head inland to Kandy. Gettting here turned out to be one of the worst days of my life. I couldn’t work out which carriage I was supposed to be on so I ended up standing in third class near the doorway with all my bags. The heat was sweltering and only got worse as more and more people crammed in. I coudn’t have been in a worse spot as everyone tried to squeeze past me and all my crap to get on and off, but there was no-where else to move to.

By the time I got to Colombo, I realised I had a two hour wait until the train to Kandy. A bit shit, but bearable. Then I saw it, a sign above the ticket booth, The 3.25 train to Kandy ALL FULL. A two hour wait turned into a five hour wait at a hot, dusty train station. Good times. 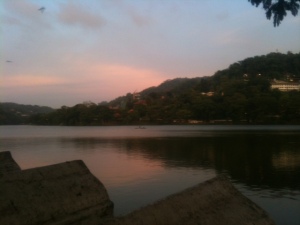 I am the only guest in the hotel I am staying in right now. Seriously. Actually, I’m not even sure there are any staff here. I could go into the kitchen, whip up a meal and sit behind the reception desk to eat it and no one would ever know. It was kind of funny having an entire hotel to myself when it was light, now the sun has gone down it’s creepy. 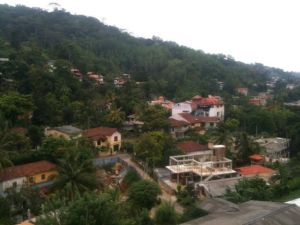 View from the roof top restaurant

I am still hoping something cool is going to happen, but I only have a few days left. Tomorrow I’m off to see a waterfall and a tea factory, then I am heading west back to Colombo to fly out to the UK. It isn’t Sri Lanka’s fault I haven’t had a good time, the people are nice, the food is good and the scenery beautiful, but I am just not feeling it and I won’t be sorry to leave.

6 thoughts on “Someone talk to me!” 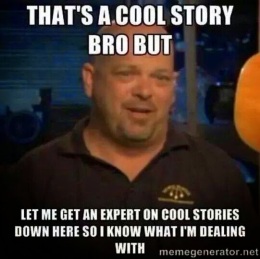 Home alone for the first time.